Knowing she has finally gained the upper hand she takes no chances at losing her advantage. She proceeds to perform a string of various chokeholds, body and neck scissors, arm bars, leg bars, figure fours, and schoolboy pins each more painful than the next.

Having by now completely devastated her foe, she adds insult to injury by flaunting her dominance. She steps on her throat and kicks her a few times in the ribs before forcing her face into her crotch for some final facesitting humiliation. Victory has never been so sweet, nor defeat so sour.

This exciting tape features brunette Liliane returning to the mat to accept a challenge from 20-year-old blonde Sandra. The action heats up quickly with neither woman willing to accept anything less than complete victory. Will undefeated Liliane (5-0) successfully defend her standing, or will newcomer Sandra topple her?

This tape features some fantastic ground work, with both fighters biting the bullet and giving it their all. The grappling is a sight to see, along with some serious choking, scissoring and hair pulling, all of which combine to create a topnotch thriller of a video. The sounds of loud smacks, cries of pain, and heavy breathing fill the air as these two great ladies struggle and exert themselves to the point of near exhaustion. As in any good fight, its never over until its over, and this fight is no exception. Just when things are starting to look really bleak for one of the girls, a chance submission hold instantly reverses her situation and ultimately clinches the victory for her. 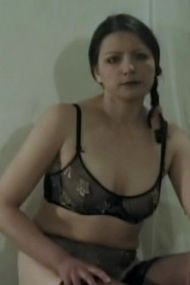 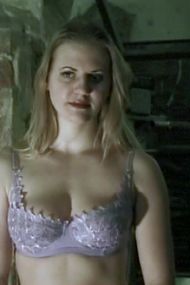