Renee drove fans wild in her match with Ebony, and she will do it again as she takes on her kid sister Dixie, in a sensational fight to the finish. Dixie's constant ratting on her big sister to their parents finally takes it toll, and with both parents away on a trip, Renee is determined to make the most of her oppurtunity. Even though she is younger and lighter (125lbs) than her sister(148lbs) Dixie is no slouch in either the looks or fighting department, and she really goes after her sister.

What a fight takes place, as they tear into each other, hair is pulled, tops are ripped off, and no mercy given or expected as these two wildcats go at it.It isn't easy, but finally Renee's big, strong, voluptuous body proves too powerful and her sexy legs, breast, ass, and even crotch take over.

By the end of this wild encounter, beaten Dixie can offer little resistance, as Renee uses her incredible ass to sit all over her sister's face in a very dominant and sexy way. This tape is for the serious fan of facesitting. 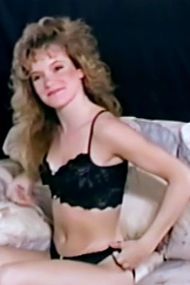 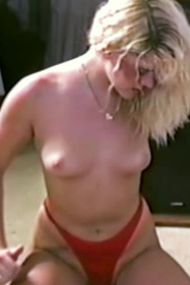