This video features a fight between sexy Nikita battling against the evil-hearted and mean Gloria - with a suprising twist. Within minutes of the start of the match, Gloria gains the upper hand and manages to get Nikita in a devastating choke hold which proves to be more than she can take.

Now for the twist - Nikita's training partner Julia rushes into the room to avenge her friend's mistreatment. The fight that follows is fast and furious. Julia throws herself at Gloria and throws her forcefully to the ground, pouncing on her like a wildcat. The two grapple violently, each dishing out their fair share of punishement and abuse.

There are plenty of wrestling moves applied, more than enough for the most ardent fight fan. Arm bars, scissors, chokes and nelsons abound, along with numerous dirty tactics such as slapping, scratching and hair pulling. Will Julia be able to avenge her friend's beating and teach cruel Gloria a lesson she won't soon forget? Only the tale of the tape will tell.

Gloria chokes her again, grinning evilly, knowing that she is inflicting pain. She finally lets go as Nikita screams, and runs from the room crying. 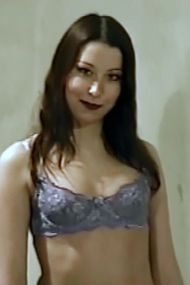 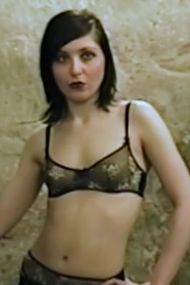