Rock delights in nearly suffocating Brandi with her gargantuan ass and tits. And when the Amazon uses her 52DDD tits as a battering ram does she ever have her way with the little victim, as she rubs and grinds her huge body, tits, and ass all over Brandi's face and body. To further convince poor Brandi of her total annihalation, it is now time for some of the most crushing and punishing face sitting ever, as Rock completes her job.

Mammoth Rock Rose (5'11", 230 lbs, 52DDD) catches girlfriend Brandi cheating on her and there's hell to pay as the Amazon does a job on her much smaller foe. Turn-on Brandi is a tigress and fights for all she's worth, but Rock's 230 pounds are too much to overcome. Brandi does have her moments, and for awhile the outcome is in doubt, but eventually too much woman overpowers her. 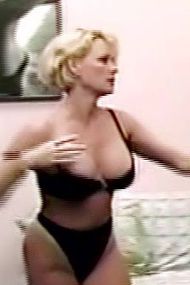 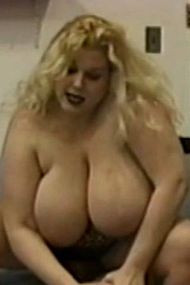